FREE SHIPPING on all orders over $100 NOT INCLUDING ALASKA & HAWAII
You are here: Home › Blog › The Lesser-Known Truths About The Flu 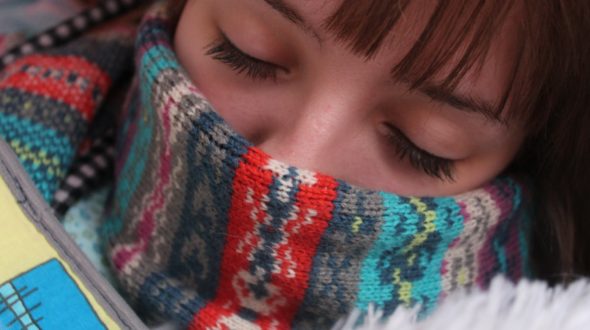 Death, taxes and the flu.

If there’s one certainty about Iowa winters, it’s that influenza is an ever-present threat we have to keep our guard up against, even during the mildest of Hawkeye State winters.

But despite all the information available on the realities of the flu, there still many myths, old wive’s tales and influenza legends that many people mistake for truths during the sickliest time of the year.

The best way you can keep yourself, family, friends, neighbors and coworkers safe from the flu’s misery is to know the facts of influenza. Here are some not well-known, but cold, hard facts about influenza that can keep you healthy, on your feet, and most importantly, flu-free while we wait for the sweet sun and warmer days of spring and summer.

No one ever said the flu fights fair.

While there’s no disputing the immune system-boosting power of Vitamin C, research confirms that supplementing with Vitamin C doesn’t offer protection from acquiring a cold or the flu.

“Studies have found that in some, but not all cases, Vitamin C, as an isolated strategy, may help to reduce the duration of the illness, but not protect you from it,” Dietitian Linda Drummond told Health 24.

Breathing Alone Can Spread The Virus

It’s not just covering our cough and sneeze that we have to remember during cold and flu season. A study published in Proceedings of the National Academy of Sciences found simply breathing is enough to pass on the virus.

“We found that flu cases contaminated the air around them with infectious virus just by breathing, without coughing or sneezing,” Dr. Donald Milton, the study’s lead researcher, told Health24, “so when someone is coming down with influenza, they should go home and not remain in the workplace and infect others.”

Pets Can Catch The Flu And Give It To You

“Whoa! Hold on a hot tea minute! Are you telling me my sweet golden retriever Lacey can give me the flu?”

Sorry, Lacey. Unfortunately, that’s exactly what we’re saying. Just like humans, animals can catch and transmit the flu through sneezing and coughing.

The Flu Vaccine Is Not 100 Percent Flu Proof

As we mention regularly here at B4 Brands, the flu vaccine is our greatest flu prevention method, but it is not impervious, due to influenza’s nefarious ability to prevalently morph from one strain to another from season to season.

The vaccine reduces the risk of the flu between 40 to 60 percent during flu season. As CNN reports, how effectively the vaccine protects you against the flu depends on how old you are, how healthy you are and how well this season’s vaccine matches your area’s prevalent strain.

The Flu Virus Can Live On Surfaces

Why is wiping down areas after we sneeze or cough on them so important? Because the virus can live for up to 48 hours on hard and nonporous surfaces.

Also, remember that dirty tissue you’ve had in your pocket since lunch when you had that slobber-knocker of a giant sneeze? Throw it away, ASAP. For the flu virus can live on tissues and clothing for up to 12 hours.

Don’t Blame Your Flu On The Cold

It’s an understandable flu myth that’s existed since the first flu season hundreds of billions of flu cases ago, but the bitter cold of winter alone doesn’t cause the flu.

And until we have a surefire, 100-percent proven true defense against the cold and flu, we must always remain on guard and know the cold, hard miserable truths about influenza.