FREE SHIPPING on all orders over $100 NOT INCLUDING ALASKA & HAWAII
You are here: Home › Blog
By B4 Brands on April 10, 2018 in Hand Hygiene

Secondary Strains Fueling Influenza’s Dangerous Late-Season Resurgence By Clete Campbell Of course, in this miserable 2017-18 flu season, influenza has a Plan B. After attacking Americans without remorse for months with a sickly, too often deadly assault of A Strains viruses, the U.S. Centers for Disease Controls report that B strains of influenza are fueling […]

Dependable Home Cleaning Agents Can Keep Your Family Safe During Season’s Dog Days Harder to eliminate than a No. 1 seed in the NCAA basketball tournament, harder to kill than a villain in a horror movie franchise, and infamous for hanging around the house longer than even the most annoying fly, the flu virus can […] 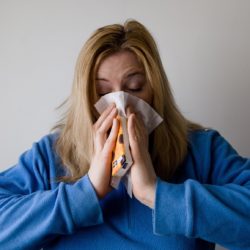 The vicious winter lion known as the 2017-18 cold and flu season is claiming victims by the day as Americans struggle to stay on their feet, at work and breathing easy. What NBC News is calling “the worst flu season in a decade” has already resulted in thousands of hospitalizations, hundreds of deaths, and widespread […]

Continue Reading
By B4 Brands on January 8, 2018 in Flu, Hand Hygiene

The intense, remorseless, relentless and certified severe 2017-18 cold and flu season hasn’t even reached halftime, but health officials are already issuing a coast-to-coast Influenza Red Alert. With flu outbreaks already reported in 46 of 50 states, the U.S. Centers for Disease Controls and Prevention are advising Americans to be extremely cautious to protect themselves […]

Continue Reading
By B4 Brands on December 11, 2017 in Hand Hygiene, Schools – Education

Ah, lunch, most kids’ favorite class of the day is a delicious, fun escape from school. Unfortunately, lunch can also be the sickliest period of the school day. The culprit is one of the least likely suspects to harbor harmful germs and bacteria. An alarming new study reveals almost 73 percent of school lunch boxes […]

Experts: Flu Could Roar With Sickly Wrath This Season The National Foundation for Infectious Diseases has issued a jarring warning for Americans coast to coast: Expect influenza to roar with a sickly might this cold and flu season. Unfortunately, influenza’s miserable resurgence is due in part to factors beyond everyone’s control. Severe weather, including the […] 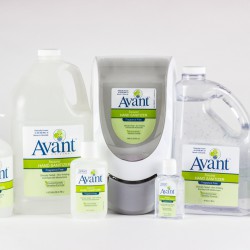 When it comes to determining the most effective alcohol-based hand sanitizer, 60 is the magic number. The U.S. Centers for Disease Controls and Preventions officially recommends hand sanitizer comprised of at least 60 percent alcohol as an effective tool for neutralizing germs when soap and water are not available. Numerous studies have verified the CDC’s […]

The most worrisome and important words for the upcoming 2017-18 influenza season continue to be H1N1, H3N2 and B Victoria. With research, trends and statistics pointing to these three flu strains being the most prevalent and contagious in the United States and North American, the World Health Organization has designed its 2017-18 flu vaccine to […]

Every American schoolkid and their parents have their own Back to School Check List, but for the country’s education centers, there’s an essential learning tool no school should open its doors without a full semester’s stock on hand. Reusable Foam Soap and Hand Sanitizer Dispensers are a valuable ally for every school district fighting to […]